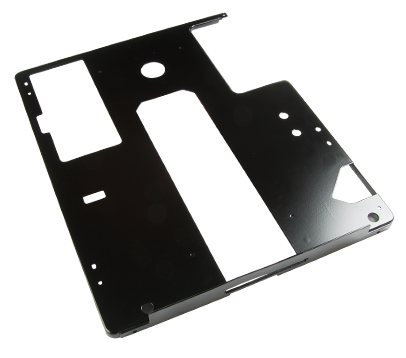 The Importance of Designing Prototypes

Having a prototype is essential when it comes to designing a new product. Think of it as the link between the idea and the product. Even if you have a great idea and perfect planning, you won’t know what it looks like until you have a model. With custom prototypes, you can determine whether you have a viable idea.

Don’t think that you only have to get one model from prototype manufacturing companies. You can expect to create several models before finishing the design process. For instance, you might change the material type or tweak the design so you can save money during production.

How Many Prototypes Do You Need?

The materials, purpose, and size of the product determine the number of prototypes you’ll need. You might create a design on paper and tweak that several times before turning to prototype manufacturing companies.

Once you have the prototype, you might need to spend time interacting with it. Measuring it might also be necessary. Sometimes, producers choose to do drop tests to see how strong a prototype is. They may need to perform these tests until they destroy the product. That way, they can see how much damage it can take before it breaks.

The Goal of Using Prototypes

One of the main reasons to choose prototyping is that it lets manufacturers create fully developed products for a fraction of the price. When you have finished prototyping, you should have a nearly ready design to go into production. While it will cost you more to create several iterations of the prototype, it can also prevent you from having to spend so much during manufacturing.

By sorting these details out now, you will not need to spend as much time on manufacturing. Plus, having a great model gives you something to show potential investors. When they can see a tangible product, they are more likely to want to invest in your idea. It’s also a good idea to have a model for potential buyers before production.

By offering prototyping with our CNC machines, Promark Tool and Manufacturing can create custom prototypes that allow you to see what the product will look like after production. Then, you can test it in real-world applications, so you can make any needed changes before production starts. If you want help developing your prototype, feel free to contact us today.